Last season was Ibrahim Sangaré’s first season as a regular starter in Ligue 1 for Toulouse, after playing only 262 minutes for the first team during the season prior. Sangaré’s breakthrough in 2017/18 coincided with a tough season for Toulouse, with the club only maintaining its Ligue 1 status by defeating AC Ajaccio in the relegation play-off. While Toulouse have continued to struggle this campaign, the Ivorian has raised his profile with a series of fine matches.

Sangaré’s performances were amongst Toulouse’s few bright spots during their down year, particularly his defensive work as a deep midfielder. It did not go unnoticed across Europe. Atalanta and Brighton and Hove Albion reportedly lodged transfer attempts last summer for the young midfielder, but Toulouse held firm on their young star after having already sold other starlets at centre-back, Issa Diop, and goalkeeper, Alban Lafont.

That decision looks to have been a good one for both club and player. When healthy, Sangaré has been one of the better central midfielders in Ligue 1, which is no small feat. Playing over 2,000 minutes in a single season for the first time in his career, the 21-yearold’s form has earned him an international call-up too, catapulting him into the senior Côte d’Ivoire squad to team-up with another Ligue 1 standout, Nicolas Pépé.

France has long been a playground for young midfielders to spread their wings and become stars, with the likes of Geoffrey Kondogbia, Corentin Tolisso, and Fabinho capitalising on the country’s insistence on showcasing young talents.

Sangaré was already an interesting prospect because of his defensive productivity, but his growth in attack this season that has taken his status to another level. It is not impossible to envision him as next in the succession line of dominant midfielders to come out of Ligue 1.

If one were to glance at the 21-year-old, they would quickly find numerous characteristics to describe him: imposing, physical, strong. These words do ring true, as Sangaré stands at around 6’3” with a solid frame that makes him stand out on the pitch.

However, merely rating him on physical features would be doing him a disservice, as what makes him an intriguing prospect is the combination of his imposing figure and skills that are usually linked with central midfielders of considerably smaller stature.

Succeeding in the modern game at the highest level for a central midfielder requires a diverse passing range. Sangaré has been given more leeway this season to showcase his passing diversity. When he is in possession of the ball in the middle third, he has been better at destabilizing opposition through short passes, so his team-mates can receive the ball and make their next decision with minimal resistance.

When he is not able to find a team-mate in between the lines, he is willing to try his luck with long balls once he sees a team-mate making an off-the-ball run. There is no wasted motion with his passing once he locks in on a target, even when the results do not go his way.

Dribbling is when you best see Sangaré’s physicality and athleticism come to light. It is very hard to knock him off the ball once he makes his mind up to carry it. Along with the strength to have opponents bounce off him, the Ivorian possesses solid speed to attack spaces in the final third.

The ability for a central midfielder to function as a ball carrier has become heavily commodified by clubs in recent years, and Sangaré fits the bill. He also is not just limited to straight line dashes, as he is quite nimble for a man his size. He is able to operate in tight spaces and effectively shift in different directions to elude opposition markers.

With his dribbling prowess and passing capacity, he is emerging as a dual threat who can beat opponents in central areas with both his technical quality and passing acumen.

Sangaré was helped in earning minutes last season by his ability to patrol the central midfield defensively, and that has continued in 2018/19. Though Toulouse have been conceding lots of goals over the past two seasons, it is hard to put much blame on Sangaré given his defensive productivity.

In moments this season he has stayed locked at the hip of some of the quickest and elusive attacking talents in France, displaying his intersection of physical attributes.

Given his mobility and strength, he could be utilized at bigger clubs to sniff out potential counter-attacks during counter-press scenarios during a live ball turnover, an important role given how much pressing has become a staple at higher levels of European football.

Sangaré is not without his flaws as a prospect. Though his passing abilities have increased appreciably, he still struggles at completing elite game-breaking passes that the best young central midfielders are able to make.

Though having the awareness to attempt them, the 21-year-old’s touch on those difficult passes leaves a bit to be desired and puts him in a lower tier compared to some of his peers, such as Tanguy Ndombélé. He can sometimes get himself into trouble by overextending during his dribbling forays and losing possession in the middle third.

There will be times when his positioning during build-up is sub-optimal, though this could be corrected through better coaching and playing with better collective talent.

Ibrahim Sangaré's Forecast for the Futrue

For someone who was playing for Toulouse B as recently as 2016/17, Sangaré’s rise has been quite impressive. The development of young talent does not always move in a linear fashion, from good to great with no bumps in between – an oft-underappreciated truism when speaking about prospects – but he is so far following that path.

It is hard to see the Ivorian still playing for Toulouse next season. With the club’s track record of selling young talents to clubs across Europe, he seems to be next in line. It is difficult to find affordable young talents with high upside, so it is not hard to envision a litany of European clubs earmarking Sangaré to strengthen their midfield.

For the player, being diligent in picking his next club is of utmost importance. He is not quite at the point where he could move to an elite club and be a starter right away, so his next move should be somewhere that will allow him to further refine his game through consistent game time and tap further into his potential. 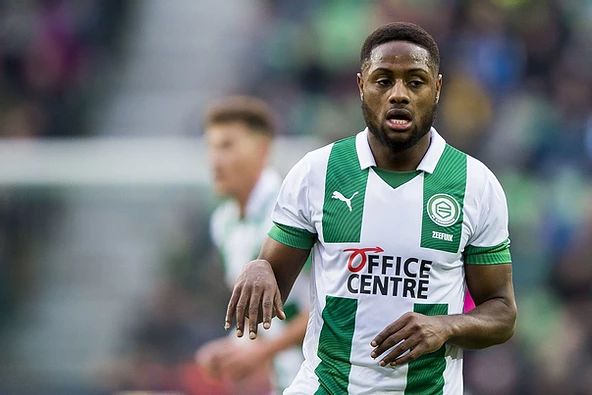