Who is Fashion Sakala?

Fashion Sakala is a 24-year-old Zambian international who has impressed in the Belgium’s Pro League this season, helping KV Oostende in their surprise push for European qualification under German head coach, Alexander Blessin.

Playing predominantly as a striker in a 5-3-2 formation, he has scored 13 goals in 29 league appearances at the time of writing. Having signed a pre-contract agreement, he will join newly-crowned Scottish champions Rangers on a free transfer this summer.

Sakala usually plays alongside a target man in Oostende’s 5-3-2 system, next to Makhtar Gueye or Marko Kvasina (both of whom are 6’4″). At 5’10” Sakala isn’t small, but in this partnership he is the striker responsible for latching onto flick-ons or balls in behind, as opposed to competing in the air on long balls. While Gueye or Kvasina provide a focal point, Sakala moves around the pitch – coming short or going wide to get on the ball. 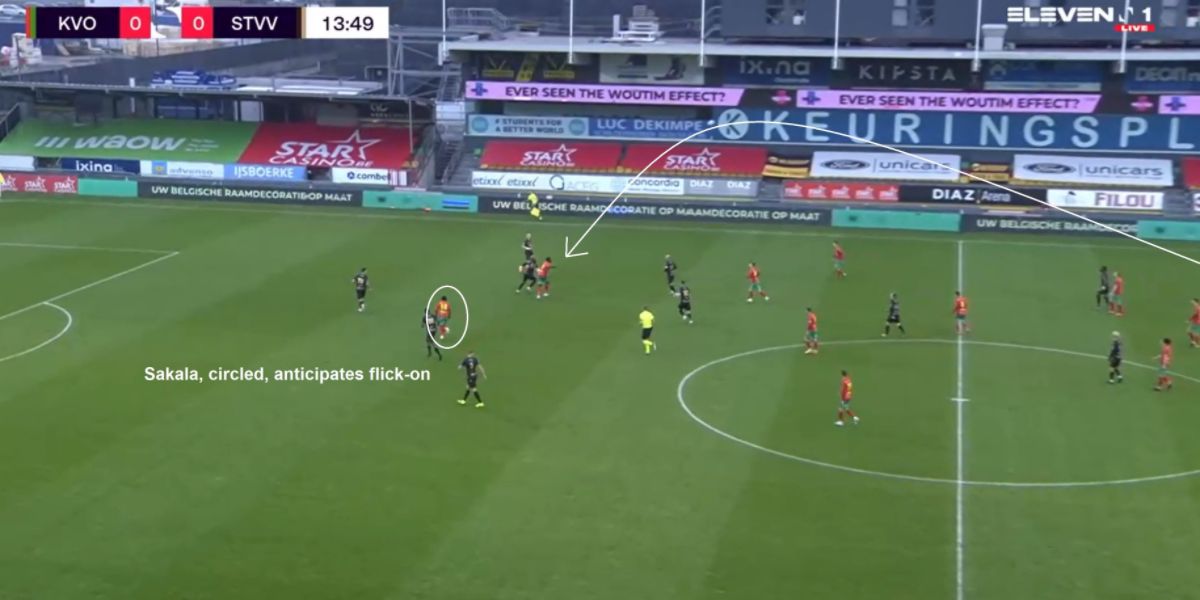 On paper, he is a perfect fit for Rangers. Steven Gerrard has, over the last two years, stuck by a 4-3-3 system where attacking width is provided by overlapping full-backs with excellent crossing in James Tavernier and Borna Barišić. This lets the front three play narrower, interchanging positions and combining with one another. There is a lot of fluidity in the attacking unit, so this system should suit Sakala and vice versa.

Sakala is a stylistic fit for Rangers, but will he improve their attacking options? To evaluate this, we need to analyse his game with a particular focus on the sort of attributes Rangers expect from their frontmen, namely: finishing, runs behind, availability between the lines, dribbling and passing.

While he has played up front this season, Sakala has spent a good amount of his career in Belgium playing as a wide forward. He isn’t a typical number nine, and is heavily involved in his team’s build-up play. Frequently he will drop into midfield to offer another option, helping his team retain possession and occasionally progressing the attack by getting on the turn and finding a forward pass, combining with a team-mate, or laying off to support runners. 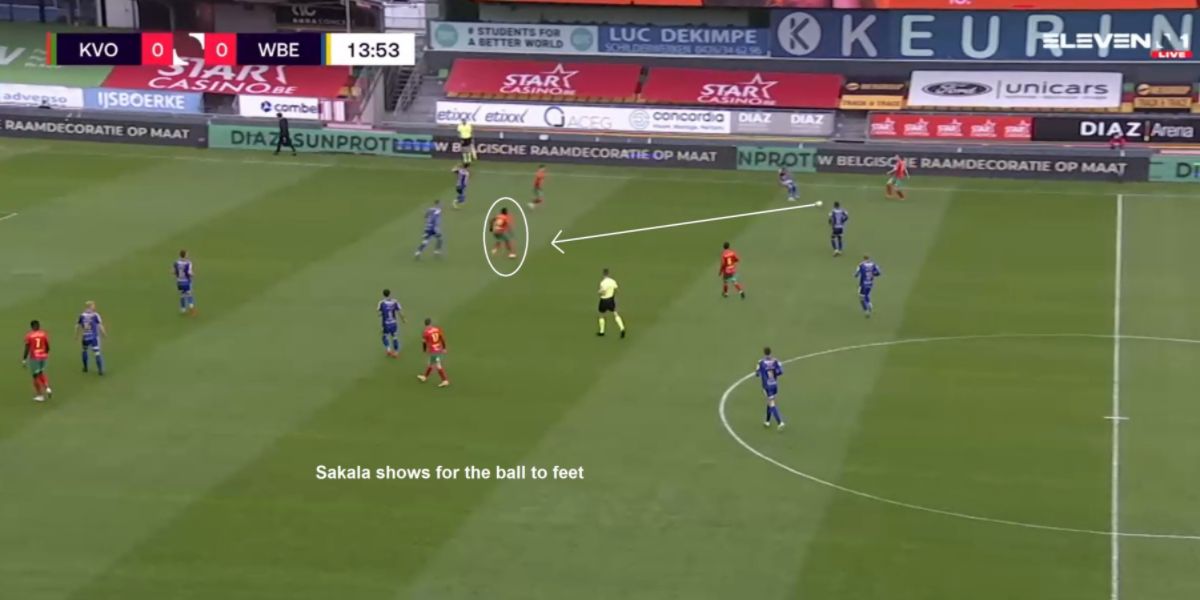 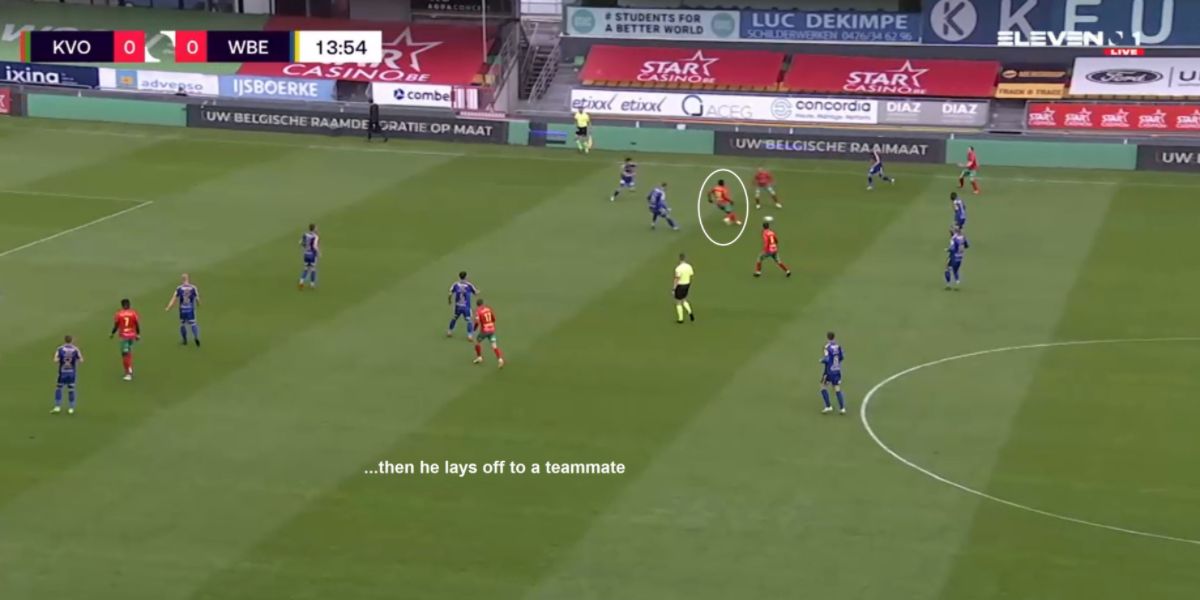 Sakala also drifts wide a lot, particularly in attacking transition where he tries to get on the ball in space and dribble towards goal. He can, however, lack ideas when faced up one-on-one. Sometimes he tries step-overs to deceive, and he does have a decent turn of pace, but he lacks the skill and close control to consistently dribble past defenders. 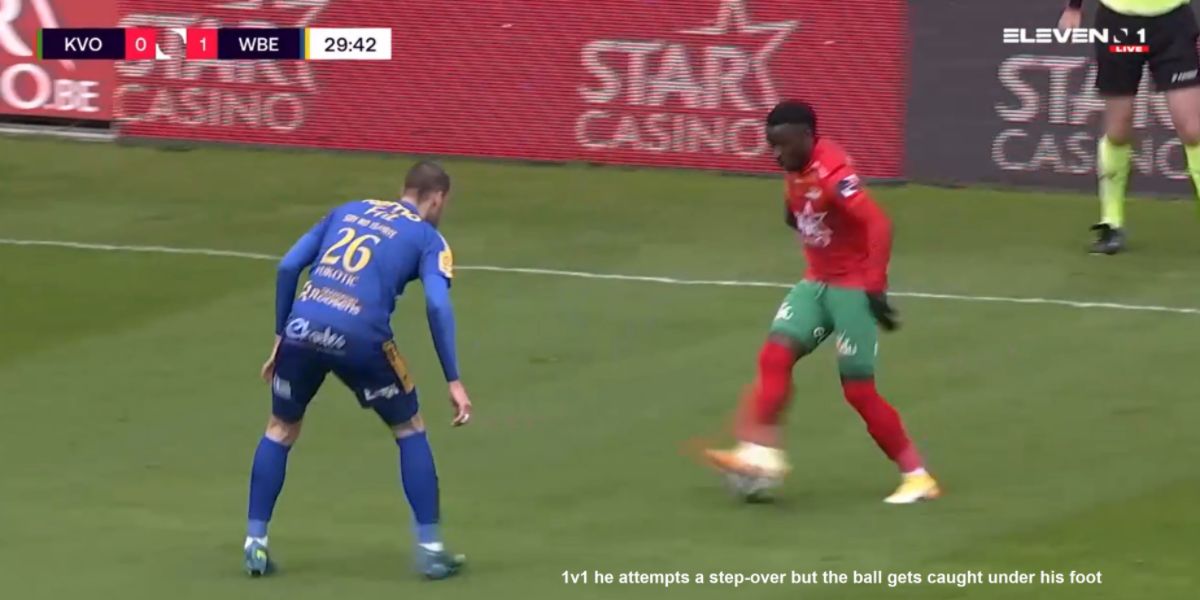 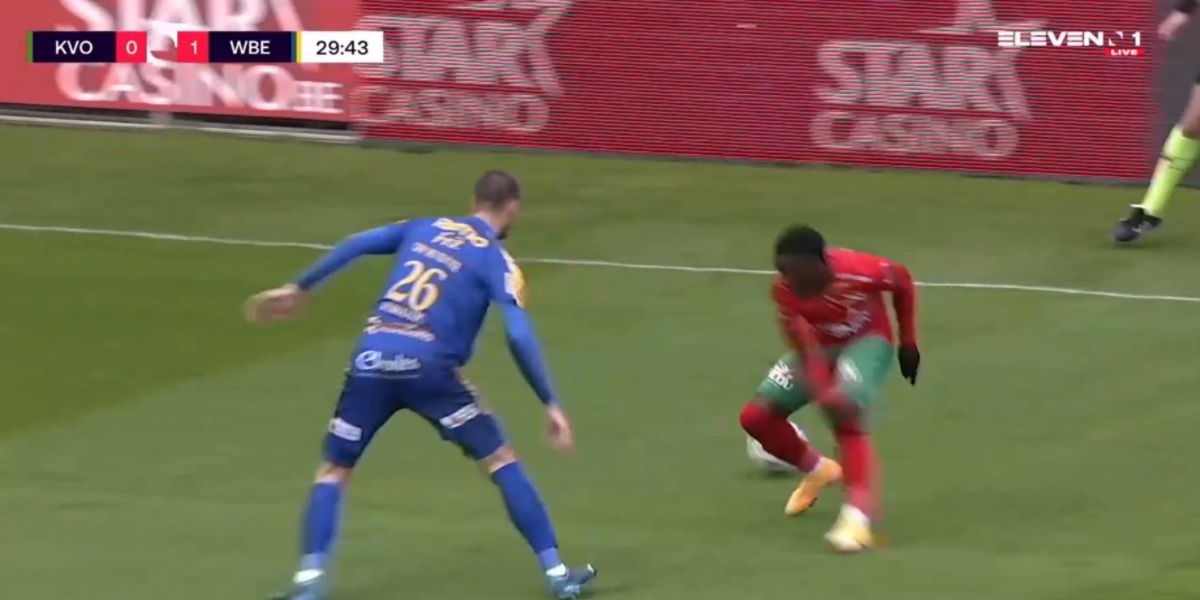 His first touch is a bit inconsistent and his passing can be poor, leading to giveaways. These are areas in need of improvement, particularly given the conservative nature of domestic opponents Rangers tend to face. In games against low blocks, with lots of numbers in and around the box and aggressive defenders breathing down his neck, Sakala could do with a little more assurance in his link-up play.

The most dangerous aspect of Sakala’s game is his runs in behind. He is alert when it comes to anticipating the flick-on after long balls and has a habit of ghosting in on the blind side of defenders. As a consequence of his involvement in build-up play, a lot of his runs originate from deep or wide starting positions – he isn’t always on the shoulder of the last man, so can be hard to pick up. Furthermore, he often looks to make the instant run behind after dropping back to link play, creating space and then exploiting it with a quick change of direction. 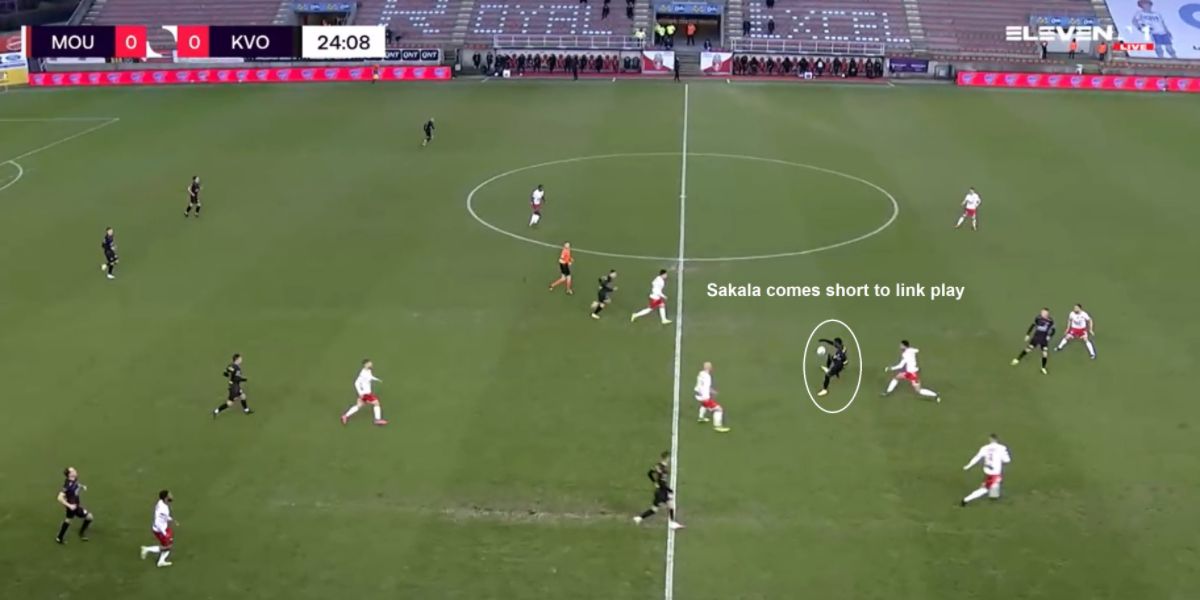 Of his 11 open play goals in the Belgian top flight this season, 10 have come inside the penalty box and five have been first-time finishes. As these numbers suggest, a lot of Sakala’s scoring threat comes from his ability to out-fox defenders and get into the right place at the right time. 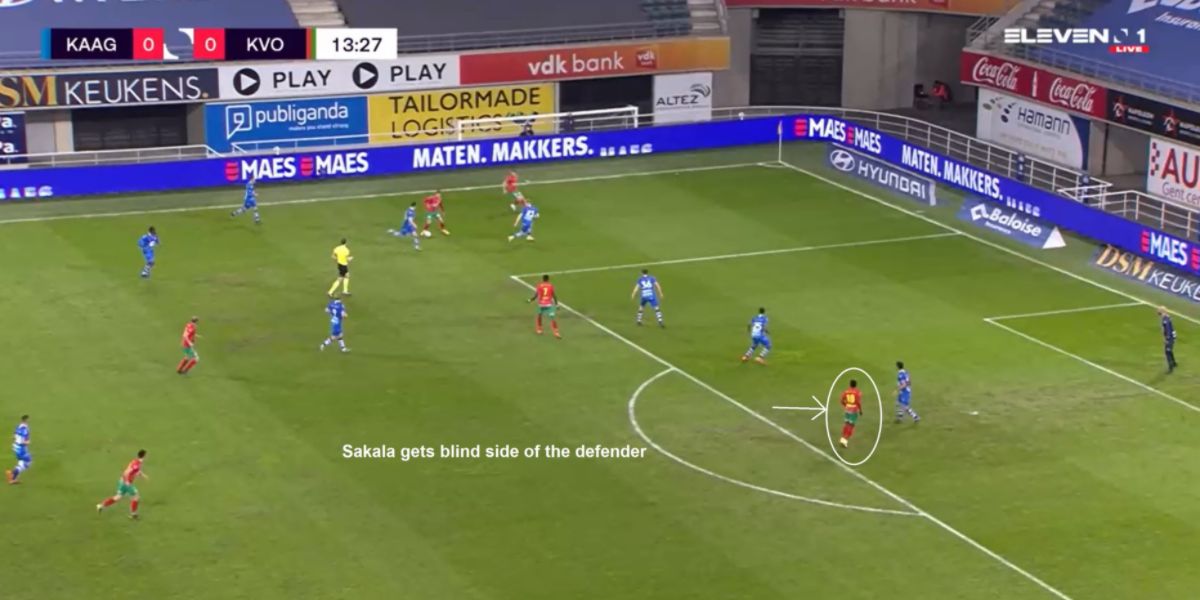 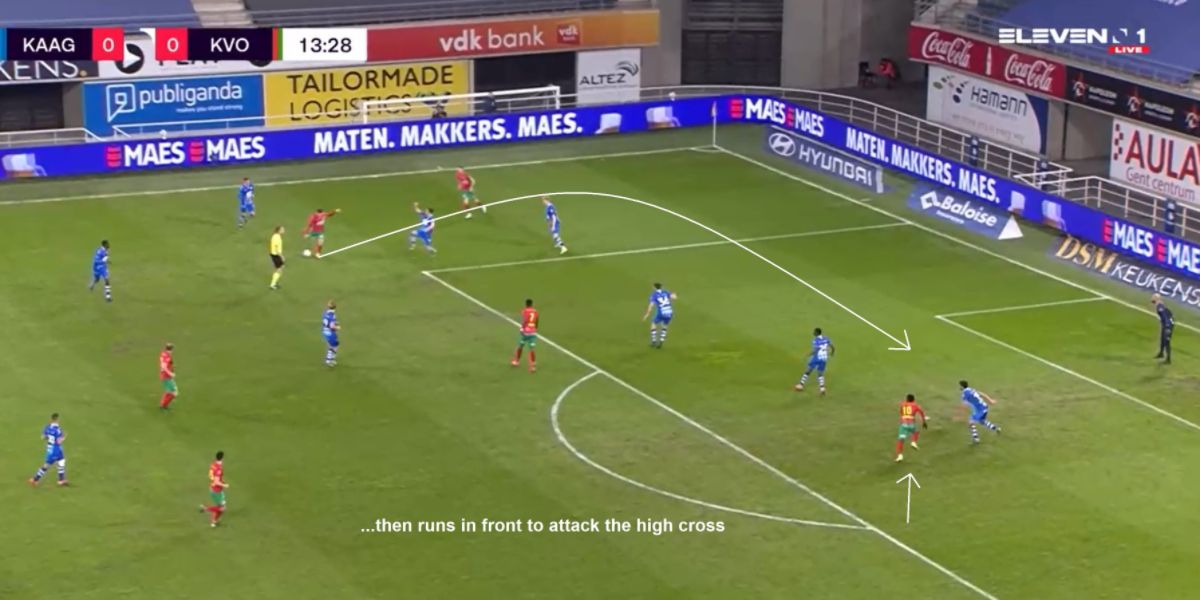 On high crosses and cut-backs he isn’t one to attack the six-yard box, instead arriving late in the penalty area. These late runs help him go undetected and get cleaner looks at goal on the ground or, occasionally, in the air. In this sense he isn’t entirely dissimilar to Kemar Roofe, another Rangers striker whose late runs mean he can still score on high crosses despite a lack of real aerial presence.

Sakala is predominantly right-footed, but he’s able to shoot and score off either foot. This adds an extra layer of unpredictability when he’s in and around the box, as there is no obvious weak side for defenders to usher him onto. He can work shots for himself and likes to round the goalkeeper when one-one-one, but he lacks composure in finishing scenarios. His shots can be wild, lashed wide or into the side-netting. 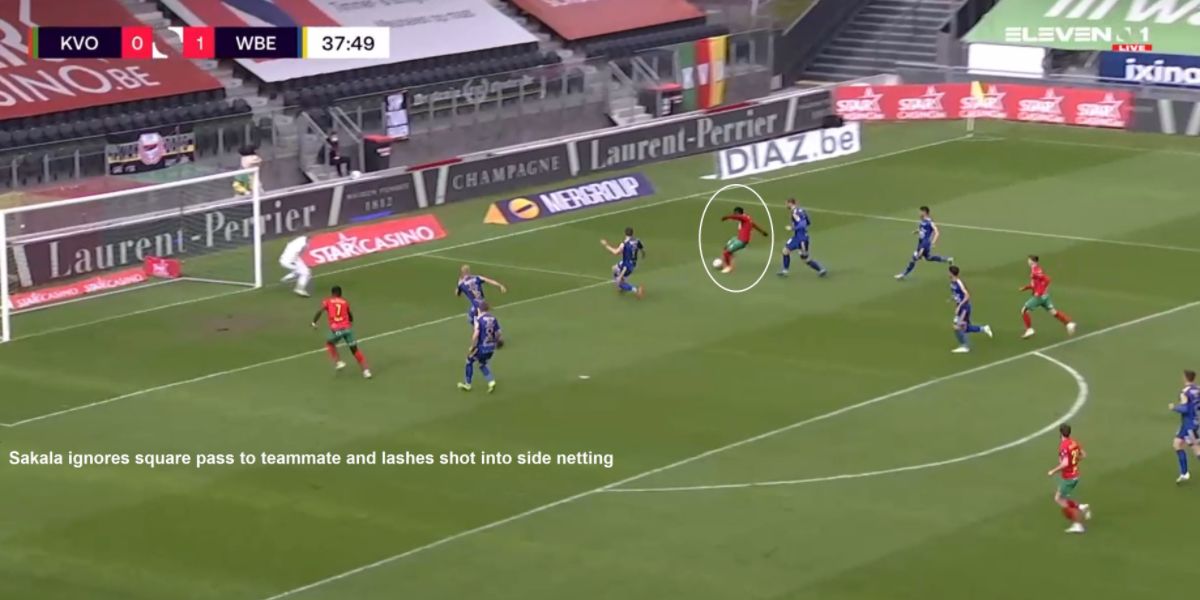 Where will Fashion Sakala fit in at Rangers?

Overall, it is clear what Rangers see in Sakala. He is quick and he offers a threat behind defences. He can finish with either foot, and he moves well to give options to his teammates. However, his first touch, dribbling and composure in front of goal are areas to work on.

It’s unlikely that he will instantly command a spot in the starting line-up, but he gives Gerrard another option to fit his preferred 4-3-3 system.

What are Fashion Sakala's Strengths?

Fashion Sakala is a two-footed striker who excels when making clever runs from deep and out wide, while also making himself available to engage in the link-up play.

What are Fashion Sakala's Weaknesses?

Fashion Sakala lacks some composure in front of goal, which diminishes his threat. Some inconsistent dribbling also limits his effectiveness as he ventures wide, and can result in turnovers. 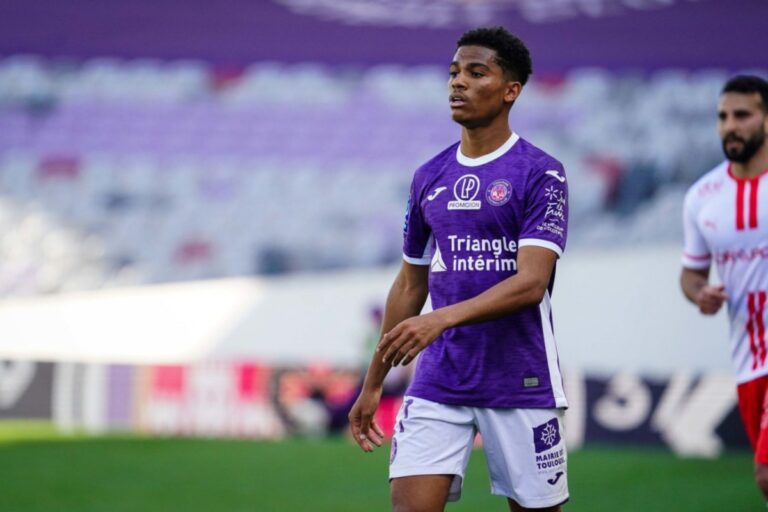 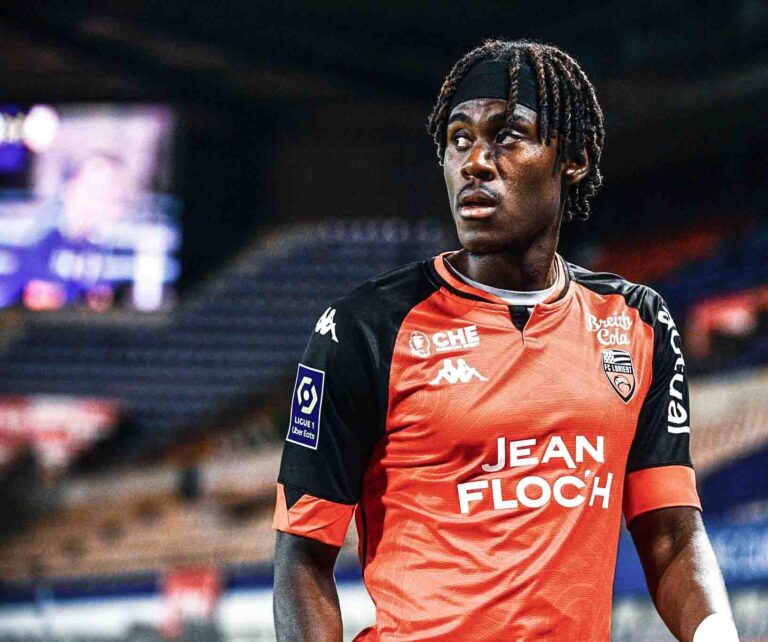 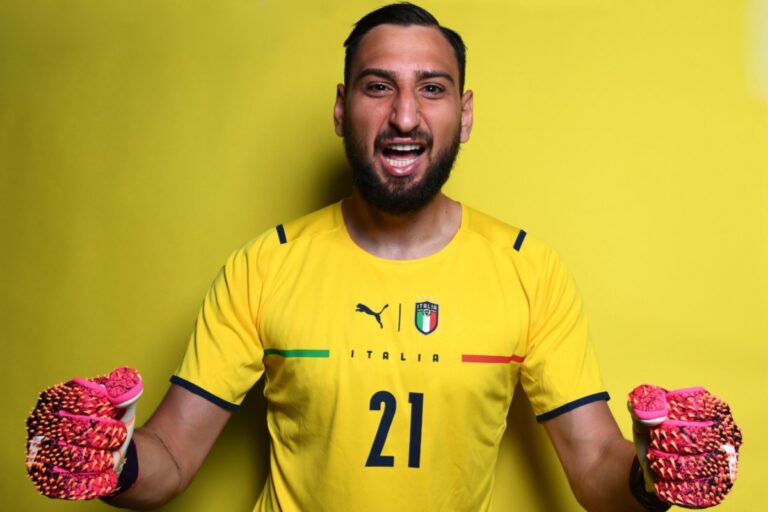 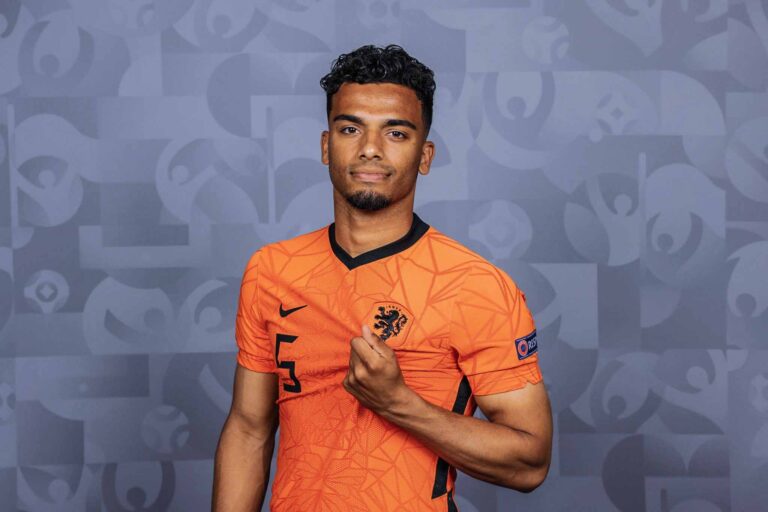 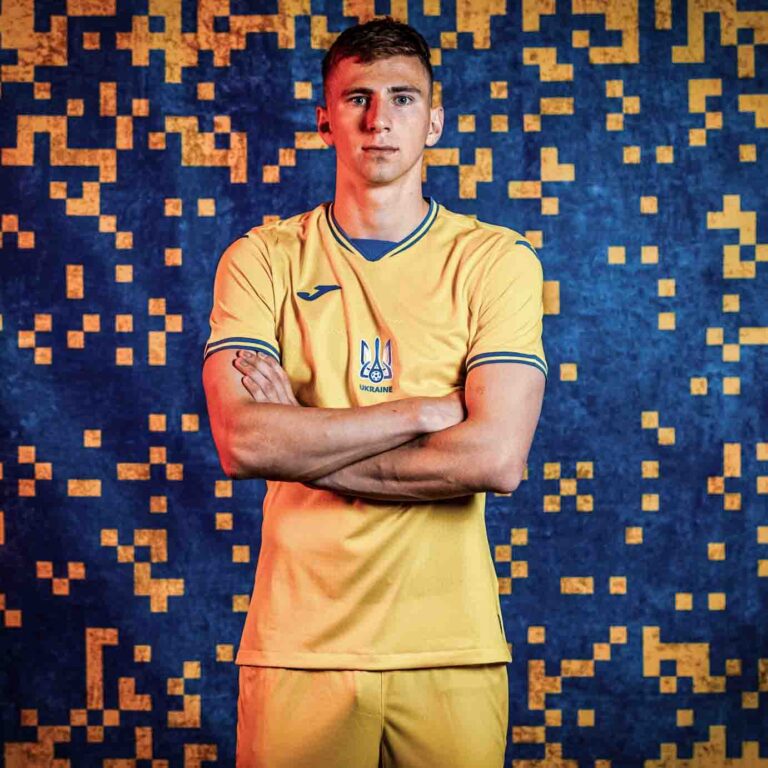 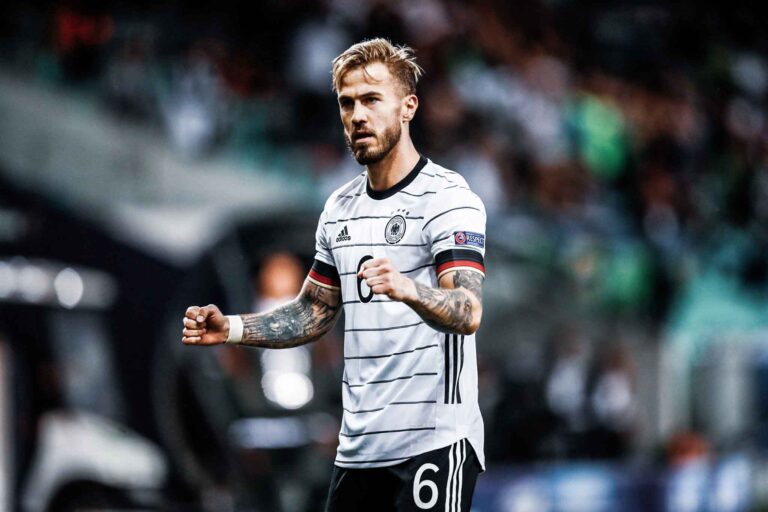 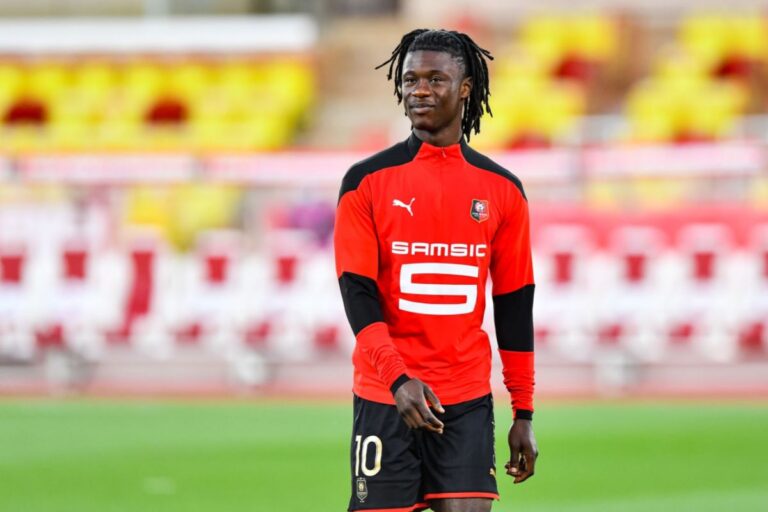 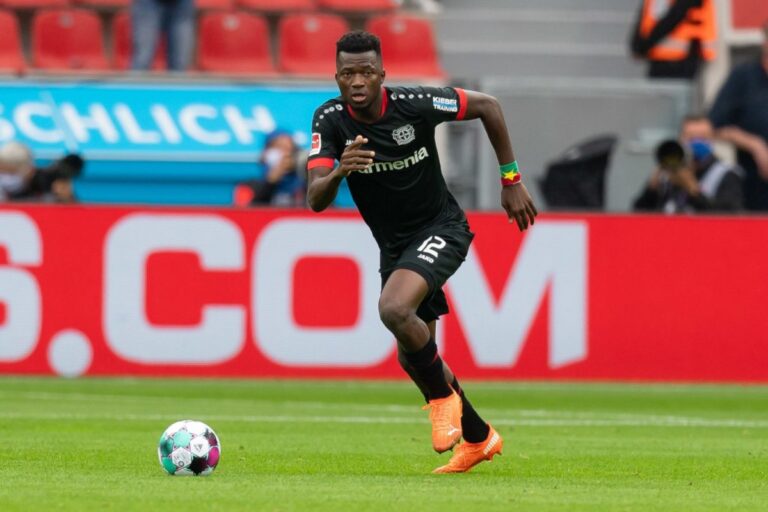 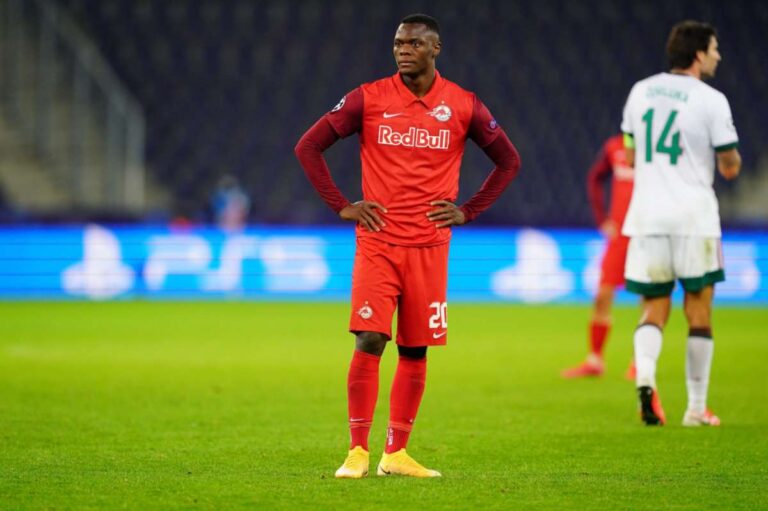