Who is Dušan Vlahović?

Stefano Pioli did an excellent job of managing the job with dignity and grace after the tragic passing of Davide Astori, but he always felt like man trying to build a sandcastle while the tide was washing in. He struggled to build anything past the bare foundations, and any semblance of good form was quickly washed away.

While he will always have goodwill for leading the club through a tragic time, a change was needed. Unfortunately, the change wasn’t a good one. Vincenzo Montella returned to the club, with the hope that he would recreate his first stint at the Artemio Franchi, positive football and a vibrant feel around the football club. To be brief, that didn’t happen.

The new owner, Rocco Commisso, had spoken about his ambitious plans for the club, and backed this up by replacing Montella, after a seven game winless run, with Guiseppe Iachini. For anyone unfamiliar with the less well known figures of Italian football, Baseball Cap Beppe is Italy’s answer to Sam Allardyce and Tony Pulis, a man whose goal in life is to see out as many games of football without a goal being scored as is possible.

Iachini was temporarily replaced with club legend Cesare Prandelli, who left the position citing personal reasons. Iachini returned to the club to ruin football for a little longer and, with Gattuso replacing him briefly for just over three weeks in the summer, the future remains uncertain, although Spezia manager Vincenzo Italiano seems likely to be the next coach.

Fiorentina’s squad building has been as muddled as the rest of their decisions. Like a farmer mixing together seeds from every climate in his soil, hoping something will grow, Fiorentina’s squad contains a mixture of talented youngsters, second-tier journeymen and experienced professionals in the twilight of their careers, put together with no real vision for style of play.

So, why the prologue here? Because, relative to the conditions in which he finds himself playing, Vlahović has spent the 2020/21 Serie A season exploding. For several years, the young Serb was seen as having the complete package to his game, but there have always been slight concerns that he never truly looked like he was bringing it all together, consistently delivering well rounded performances for his team. Still only 21 years old, that changed this season, and his name has begun to do the rounds as he’s linked with higher profile clubs. So, what should people know about him?

Let’s start with the goals, because that is the important part. Dušan Vlahović has started scoring goals more regularly this year, and that is your headline. Last season he scored six goals from 17 shots on target, this season he managed 21 from 34. So, what’s the deal here? Has he become a better goalscorer, or is this a hot streak that we shouldn’t buy into?

Well, it’s a little from column A and a little from column B. His non penalty xG hasn’t changed since last year, but he’s overperforming xG while last year he underperformed it. That might make you think this is just variance, but his shot selection is certainly playing a part. The xG value of his shots has increased, the distance he’s taking when shooting from goal has decreased.

He’s taking fewer shots per game (2.62 down from 3.84 last season) but he’s hitting the target more often. See below his shot map for last season, compared to this season (both taken from Understat), and the change in the areas he’s choosing to shoot from.

So, long story short, he’s probably become a more effective goal scorer, but expecting him to score over 20 goals in a team like this, on a regular basis (penalties aside)? That is a little optimistic.

That’s the kicker with Vlahović though, he’s playing with talented players but in a heavily transition based system. At a more attacking Fiorentina side, or at, essentially, a better side, it’s harder to know how much he’d flourish.

His movement has definitely improved and he’s demonstrated good goalscoring instincts, so he could certainly be a goal threat, but on what we’ve seen so far it’s hard to know whether, in a more dominant team, he’d generate the sheer volume of shots to become a top tier centre forward of the type that some people seem to expect.

The same question, how Vlahović would fit in at a ‘bigger’ side, applies to his all round game just as much.

Vlahović is 6’3″ tall, and he has the frame to match. You don’t play in the Serbian top flight at 15 years of age if you can’t handle yourself. That size is vital for his role at Fiorentina too. So often, under Iachini’s system, Vlahović is the main out ball for the team. He offers a threat in behind, but he is also tasked with receiving the ball and holding onto it. It’s not surprising then, that he averages almost as many touches in the middle third of the pitch (16 per 90 minutes) as he does in the attacking third (17.8 per 90).

It’s important to know that he’s not a static target man, however, so cast aside any images you have of a young Nikola Žigić. While nobody would refer to as an out and out pace merchant, he doesn’t lack for speed either.

This makes him a great outlet when Fiorentina are looking to transition against teams with a higher line, and more generally his well-rounded physical profile is a big positive, and a contributing factor towards his profile as a well-rounded forward. Beyond that, most of his impact on games comes from winning fouls or carrying the ball himself, and his ability to help his team progress the team is certainly weighted towards carrying the ball rather than passing it.

He’s not the most prolific dribbler, and this is likely due to the system in which he finds himself playing; often he’s so isolated when receiving the ball that he has no option but to try and make something happen on his own. When he carries the ball, it’s typically because he has few other options, and more frequently than not he ends up gaining ground for his side by winning a set piece.

He’s a hard worker off the ball, more or less a prerequisite in a Iachini side. When Fiorentina don’t have possession, Vlahović is tasked with dropping deep and cutting off the opponent’s passing lanes into the centre of midfield. He’s a diligent defender, for a forward, and sticks to his task well. That being said, it all comes back to the central question, how would this translate to a ‘larger’ side? The transfer rumours have already begun, and will only grow as he continues to mature.

The question remains, especially for the multitude of clubs who have been tracking him, what does Vlahović end up becoming? The best case scenario is a genuinely complete centre forward, capable of doing everything at the highest level. A Zlatan Ibrahimović, if you will, ideally without the weird narcissism.

That being said, Vlahović turns 21 at the start of next year. That’s young, but by superstar standards, it’s not. Vlahović has had a good season, but he hasn’t yet exploded. We haven’t seen anything yet to suggest he’s capable of being the complete package for the very best teams.

Perhaps next year gives us the performances (or lack of performances) we need to make a more definitive conclusion. There are, essentially, two possibilities. If a top-tier side signed Vlahović, they would be taking a gamble. Are we likely to see clear evidence that Vlahović can seamlessly integrate from this Fiorentina side to Liverpool? No.

A second good season to follow his breakout year, ideally at a much more proactive Fiorentina, would go some way to showing what he can do, however; and that might be enough to convince the type of side that sits just under the top tier of European clubs. A Leicester, or a Lyon could be the perfect stepping stone for a player like Vlahović, the kind of club that could give him a platform on which to flourish.

Of course, whether his future lies at any other club, be that Liverpool or Leicester, depends on what happens next season. Both Vlahović’s ability to replicate his goalscoring exploits, and Fiorentina’s ability to demonstrate just how well rounded he is will prove vital in determining at what level his future lies.

What are Dušan Vlahović's strengths?

Vlahović is a well rounded centre forward, capable of offering himself as an outlet for his team, and now adding the dangerous penalty box movement to match.

What are Dušan Vlahović's weaknesses?

Vlahović hasn’t yet shown himself to have the skillset in possession that a more possesion heavy team would require, and will hopefully be able to show more creativity with his passing moving forwards. 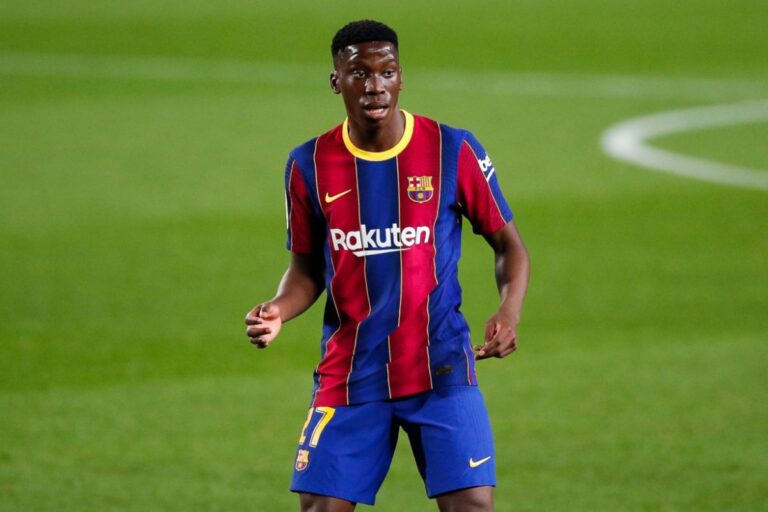