Another summer transfer window is here, which means more ins-and-outs at Chelsea. Among those moving will be many academy players leaving on loan, be it to establish themselves in senior football for the first time or to take the next step in their career. Orlando Ashton has picked out three interesting moves of the 2021 class so far…

If you were to have a magical footballer-creating machine and input all the instructions for the ideal left-sided centre-back, Levi Colwill is not far off what you’d come up with.

Strikingly composed on the ball and an excellent defender too, the Englishman — who has played up an age group for the Three Lions’ under-19 side — has been a standout performer for Chelsea’s youth sides in recent seasons, and was rewarded with a chance to train with Thomas Tuchel’s first team in the lead up to their season-capping Champions League final.

Colwill is a prototypical modern centre-half: his greatest strengths lie in his ability on the ball. You would do well to find a player in the same position more cool on the ball than the 18-year-old, and although this can at times mean he takes slightly too much of a risk and ends up losing the ball, it is overwhelmingly a net positive for both him and the team he plays in.

Not only is he able to alleviate pressure on the backline by bravely but calmly carrying or passing the ball through a press, Colwill is also an extremely adept progressive passer. He possesses a beautiful left foot that is capable of both flat, pacey switches of play and incisive, purposeful balls between the lines at high frequency throughout matches — Colwill is a defender whose natural first intention is always to inject pace into the game and move the ball forwards.

Despite him being so impressive with the ball at his feet, Colwill is still a very accomplished defender. He has a built frame and stands at 6’2”, but remains agile and is particularly good at defending space in behind the defensive line. The Southampton-born teenager is also excellent in 1v1 duels, using a mixture of physicality and wits to overcome his opponent.

Even though he has been so impressive at youth level, senior football is a different beast, and even more so the Championship. The task ahead of Colwill is greater than it may seem: to be a starting centre-back for a full season in the English second division at the age of 18, he would have to become the first to do so since Steven Caulker in 2010/11.

On surface level this may seem daunting, however Huddersfield looks to be a wisely-chosen loan destination which makes the prospect of Colwill achieving it very much realistic. Firstly, they favour a back three, which means that Colwill will have both more defensive protection and more opportunities to get into the team. Secondly, head coach Carlos Corberán likes to play a possession-based style which will suit Colwill down to the ground.

Thirdly, and perhaps most importantly, Colwill has joined Huddersfield extremely early in the transfer window. The Terriers’ Head Of Football Operations, Leigh Bromby, said upon Colwill’s arrival that ‘Chelsea have shown real faith in [Huddersfield] by making an early decision to send Levi here to continue his development, which is testament to the hard work our team has put in to showcase our plans for him’, showing much encouragement for both Huddersfield’s hope for Colwill and the chances of him doing well.

Huddersfield have a track record of doing well with Chelsea loanees — Kasey Palmer, Izzy Brown and Trevoh Chalobah have all enjoyed productive spells at the John Smith’s Stadium in recent years. He is at a different stage in his development, but the case is no different with Colwill than it was with them: if given chances, he’ll show his quality.

It may come as a surprise to some that Billy Gilmour is even going out on loan at all this season. After all, he played 90 minutes as Chelsea defeated Premier League champions Manchester City, and was the star of the show at Wembley in Scotland’s valiant display against England in the EURO 2020 group stages.

However, aside from the odd start for rotational reasons, minutes have been very hard to come by for the 20-year-old under Thomas Tuchel. Since the German coach came in, Gilmour has played a measly 14% of all possible minutes, and, despite Tuchel waxing lyrical about the Scot on multiple occasions, it is clear that a loan move that guarantees regular minutes is the best course of action for the upcoming season.

Gilmour’s initial rise to the mainstream fore came when he made two consecutive man of the match performances under Frank Lampard as a number six — the deepest of a midfield three — against Liverpool and Everton just before the March 2020 lockdown. From that position, he was able to display not only his magnificent on-ball ability but also the combative side to his game: scrapping for second balls, challenging for aerial duels and making shuttling forward runs.

Despite having all the tools to play as a lone defensive midfielder, it must be noted that Gilmour is still vastly inexperienced at the top level, and is only 5’7” with a lot more filling out to do physically. It is for this reason that he is not *yet* suited to play as a lone number 6 for the entirety of a Premier League season, and would be better off instead playing either in a double pivot or as one of two number 8s in a midfield three, where he’d have less defensive responsibility and would be able to showcase not just his ball-playing talent but also his ability to carry it. The latter has not yet been seen at senior level, but it was a large part of his game for Chelsea’s youth sides.

Daniel Farke’s Norwich is a side well-suited to Gilmour’s style of play — one which likes to have the ball, retain the ball and carve out chances by progressing it through the thirds. Both the former Rangers man’s long switches of play and penetrative shorter passes will be conducive to that succeeding, and the nature of Farke’s possession-orientated approach means that should Norwich fail to get results as they did in 19/20, Gilmour should still stand out for his on-ball qualities.

However, that is dependent on the Canaries bringing in a defensive midfielder to play alongside him. If Gilmour has too much defensive responsibility on his shoulders then his capacity to flourish on the ball will be restricted — the midfielder can be at his most impressive when regularly attempting high-risk, high-reward passes.

If Norwich do bring in a defensive midfielder like Oliver Skipp or someone of his profile, expect an impressive season from Gilmour. If they don’t, however, there is reason to be worried.

At this stage in his career, consistent minutes are vital, and he will gain valuable experience no matter where he is played or who he is played alongside simply by virtue of being a Premier League regular, but we have seen with the likes of Tammy Abraham at Swansea City and Ethan Ampadu at Sheffield United how loans within the top division can easily be unsuccessful if the circumstances aren’t quite right. Either way, there is lots to hope for, and seeing Gilmour play regular football at senior level for the first time in his career should, at the very least, be lots of fun.

There are very few goalkeepers aged 22 who have more senior minutes under their belt than Nathan Baxter. Having started out on loan at step 3 with Met Police aged only 17, Baxter has worked his way up the pyramid with Solihul Moors, Woking, Yeovil Town, Ross County and last season League One’s Accrington Stanley.

There, he was comfortably one of the best goalkeepers in the division, and has been vindicated in his strongly-held belief that going out to get experience from a young age is the best course of action for a goalkeeper.

By virtue of having come through the Chelsea academy since the age of 8, Baxter is strong with the ball at his feet. Comfortable under pressure and able to play off both feet, the Englishman’s tally of 11.18 progressive passes per 90 last season was a league-high. He is also an excellent shot-stopper, boasting particularly good reflexes, and is confident at coming out to collect crosses.

Referred to by manager Grant McCann as Hull City’s ‘number one target’, it looks like Baxter will have a relatively easy path to starting games for the Tigers. 27-year-old Matt Ingram was their first-choice ‘keeper last season in League One, but he didn’t particularly stand out at that level, and the consensus among Hull fans seems to be that — given their promotion — an upgrade was required to match the raise in standard. There is a strong argument that, for a goalkeeper, a loan to a relegation candidate — like Hull this season — is a good idea, because it means that they will face more shots. On top of this, Hull are also a good fit for Baxter because of their willingness to play attractive, attacking football; the Englishman’’s distribution when consistently playing out from the back is something yet to be fully tested at senior level.

As always, one good season in the Championship can change everything, and should Baxter continue his upwards trajectory then Chelsea may well have a ready-made replacement for now-29-year-old Edouard Mendy. At international level, all four current England goalkeepers — Jordan Pickford, Sam Johnstone, Nick Pope and Aaron Ramsdale — have played in the Championship at some point in their careers, and there is real reason to believe that Baxter could follow in their footsteps.

Want to learn more about Chelsea’s academy, their players, practices and pathways? Listen to this podcast for unrivalled insight from Orlando. 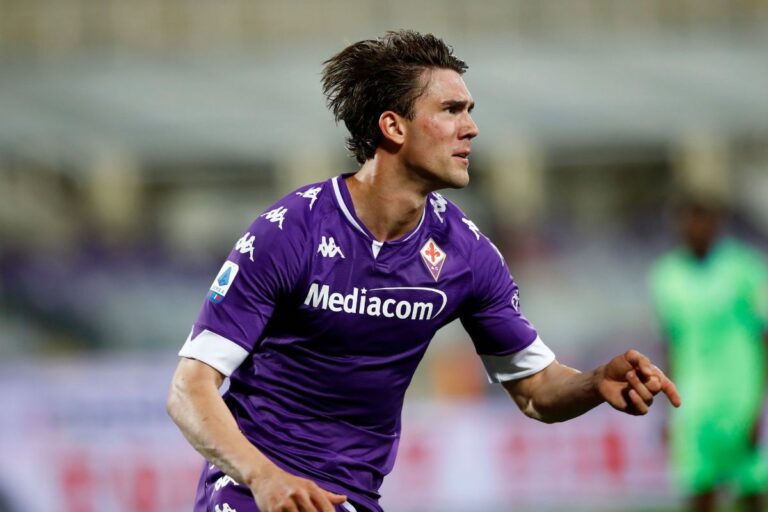